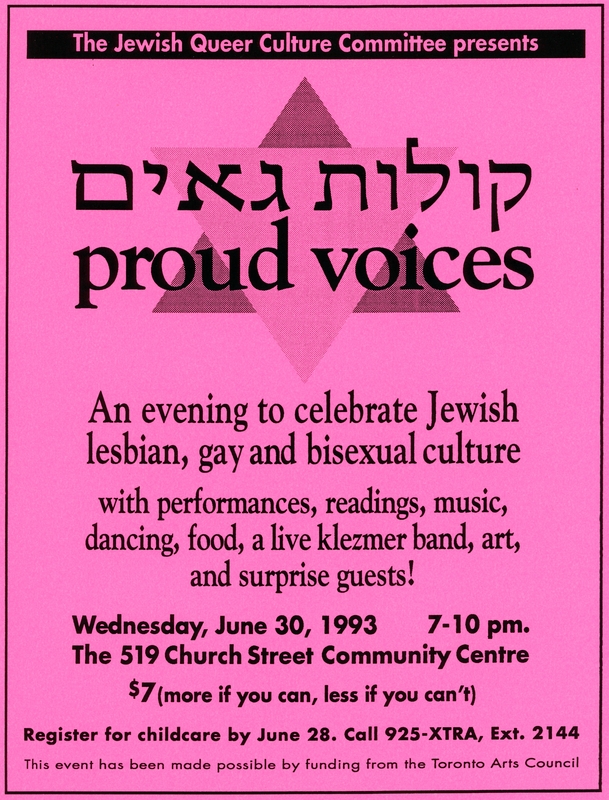 In 1993, Johnny Abush founded Toronto’s Queer Jewish Culture Committee. Johnny and the QJCC organized film screenings at the Downtown Jewish Community Centre, where they showed films like Simcha Dumbowski’s Tomboychick. He also organized “Kolot Geim,” Proud Voices, a gala event to celebrate queer culture, which served as a fundraiser for the growth of the Twice Blessed Archives. The event was sponsored by Harbord Bakery and St. Urbain Bagel Bakery, along with the City of Toronto and the Toronto Arts Council. The night began with a recitation of Kaddish and the names of community members who had died of AIDS. 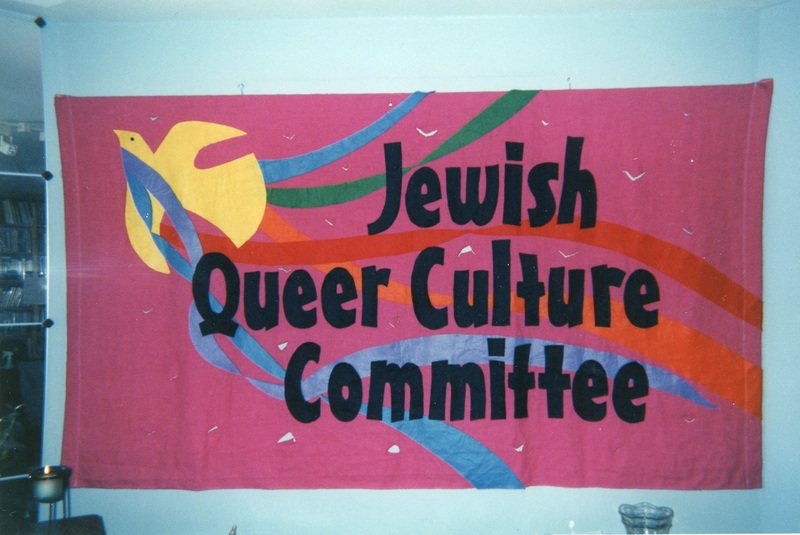 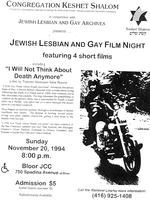 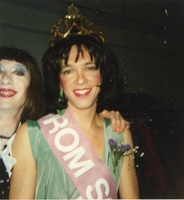