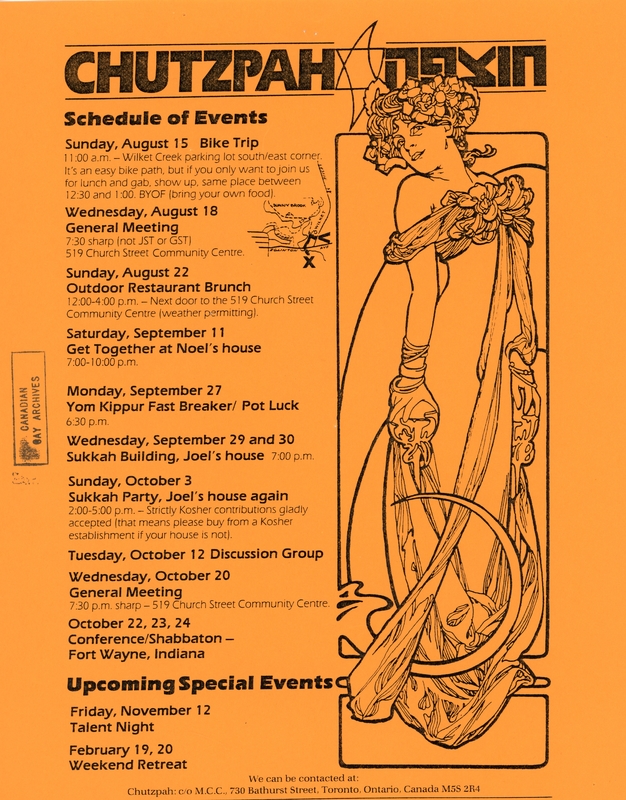 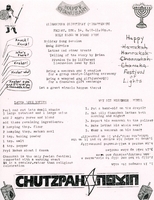 Chutzpah was a Jewish organization active in Toronto from 1982-1991. It provided social and religious opportunities for Jewish gays and lesbians.

Former Chutzpah President Justice Harvey Brownstone recalls, “It was a terrible time for us. The AIDS epidemic was in full swing, and we struggled for official Jewish acknowledgement and support. Many of the members of Chutzpah were closeted. Most who were out had been rejected by their families. Some families even sat shivah for their gay and lesbian children. This rejection was very traumatic, and some group members struggled with depression and felt like outcasts and there were some men who killed themselves in the group.” Some Chutzpah members attended events, but would not share their contact information as they were closeted.

Chutzpah’s programming transformed from informal social meetings at homes or bars to a highly structured and formalized organization of roughly 175 members. These members celebrated Jewish and secular holidays together as chosen family. Chutzpah members marched in early Pride parades, and Levine notes that “our fundraisers were very popular. We were known for having the best food.” Chutzpah published a newsletter called Koleynu, Hebrew for "Our Voices." 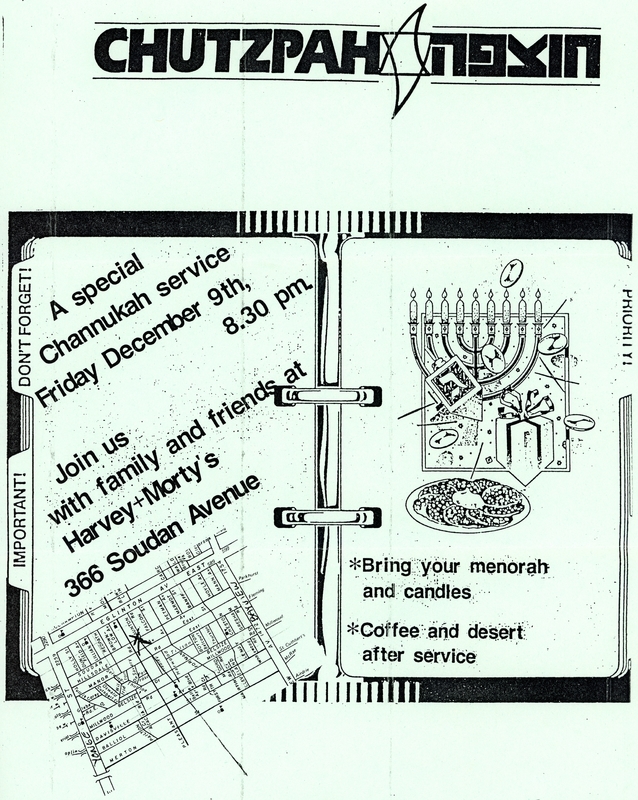 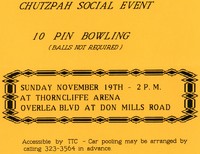 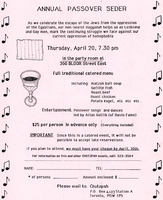 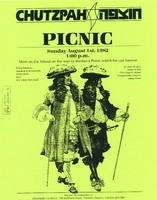 After a number of Chutzpah members became ill with AIDS, the group began to seek rabbis who could provide pastoral support and conduct funerals. The Casey House hospice turned to Chutzpah to ask for culturally-specific support for the Jewish residents in hospice.

Justice Brownstone recalls, “A tipping point for me was the difficulty we had in getting a rabbi to conduct a funeral for a young Jewish man whose family had disowned him. When I called the Toronto JCC to ask, the social worker said, “That’s a shanda [disgrace]. There are no Jewish homosexuals! Impossible!” Finally we found a Reform rabbi, Arthur Bielfield of Temple Emanu-El in Toronto, who not only conducted that funeral, but officiated at funerals for every Jewish gay person we knew who had been disenfranchised by their families and communities.” 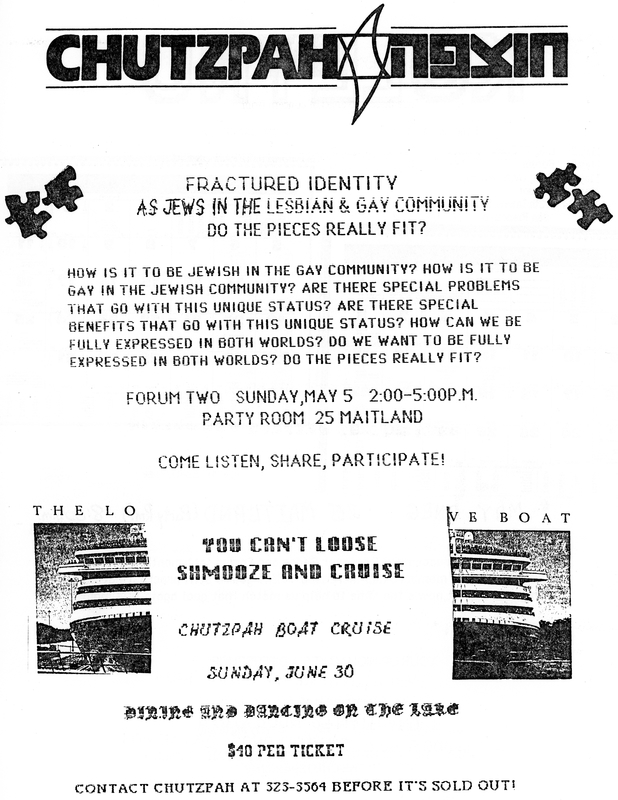 Brownstone, Levine, and others approached Holy Blossom Temple for support. Brownstone recalls they that met with Rabbis Marmur and Moscowitz: “‘Listen,’ we said, ‘we are your children, but we are invisible, left out, not welcome. We want to reconnect with our Jewish roots, but nobody wants to hear about us.’ Explaining that ‘many families attending your synagogue are in great pain, struggling with the homosexuality of a loved one,’ we asked them to provide counseling, spiritual guidance, and support. We also called on them to encourage their Board of Directors to permit Jewish gay and lesbian couples to join the synagogue as a ‘family membership’—something absolutely unheard of at that
time.”

On March 30, 1989 a forum called Homosexuality and the Jewish Family was held at Holy Blossom with more than 150 attendees. Following this meeting, a monthly support group was held at the synagogue, with Jewish Family and Child Services (JF&CS), Parents and Friends of Lesbians and Gays (PFLAG), and Chutzpah representation.

Johnny Abush documented this transition and volunteered at and documented Keshet Shalom. The synagogue adapted their own queer-positive rituals and liturgy.