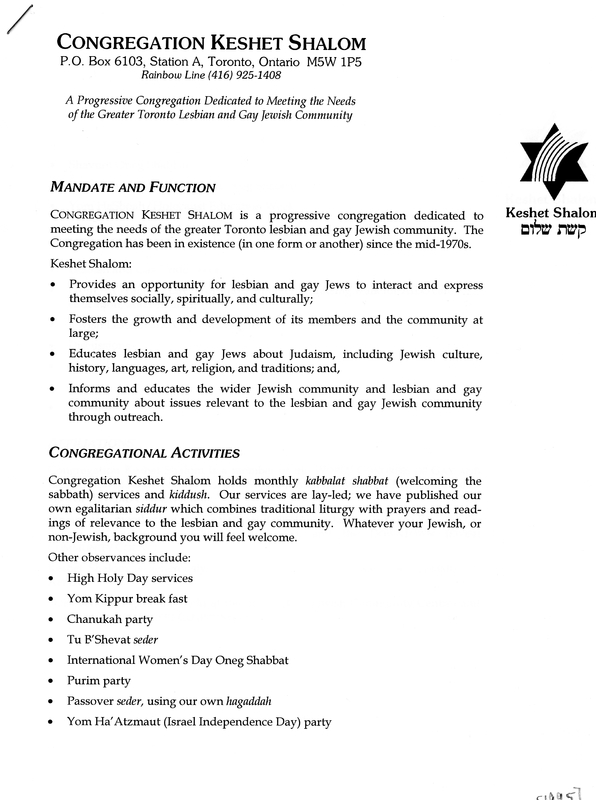 Keshet Shalom members met monthly in 1992 for Friday
night Kabbalat Shabbat services in a condominium party
room. As the congregation grew, services were moved to
the Downtown Jewish Community Centre, and the JCC
granted Keshet Shalom status in the Downtown Jewish
Council. At first, traditional Orthodox liturgy was used, but
over time, synagogue members developed and their own
rituals and queered the liturgy. For example, Keshet
Shalom’s Passover Haggadah referenced homophobia as a
modern plague, and noted, “This is the Matzah of Hope…
we set aside for those are struggling with AIDS.”

The congregation published their own prayer book, Keshet
BeAnan (Rainbow in a Cloud), which embraced gender
neutral language for God. Where they had included prayers
for those with AIDS, they also added breast cancer and other
illnesses. The congregation was active in queer community
events, marching in Pride, and selling Rainbow kippot as a
fundraiser. 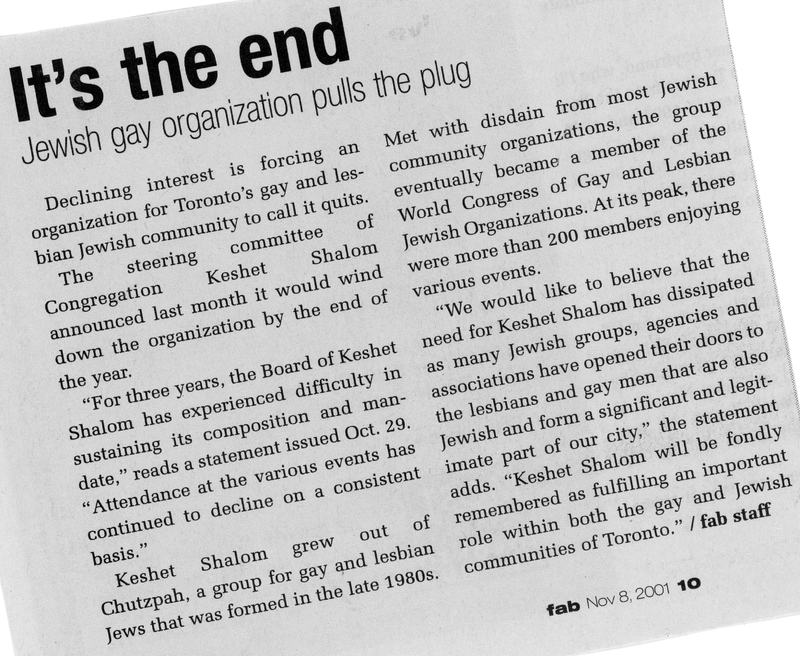 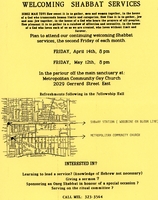 The Metropolitan Community Church (MCC) and the
519 Community Centre both offered space and support
for Queer Jewish Toronto communities. Chuztpah social
events, and Keshet Shalom Congregation seders were
held at the 519. The 519’s info helpline included
information about Chutzpah. The MCC hosted prominent
Queer Jewish speakers--including Rabbi Steve Greenberg,
when several Jewish congregations refused to host him--
and the MCC had an active relationship with the Canadian
Jewish Congress.