Here you will find documents describing the social side of Desh: the parties. 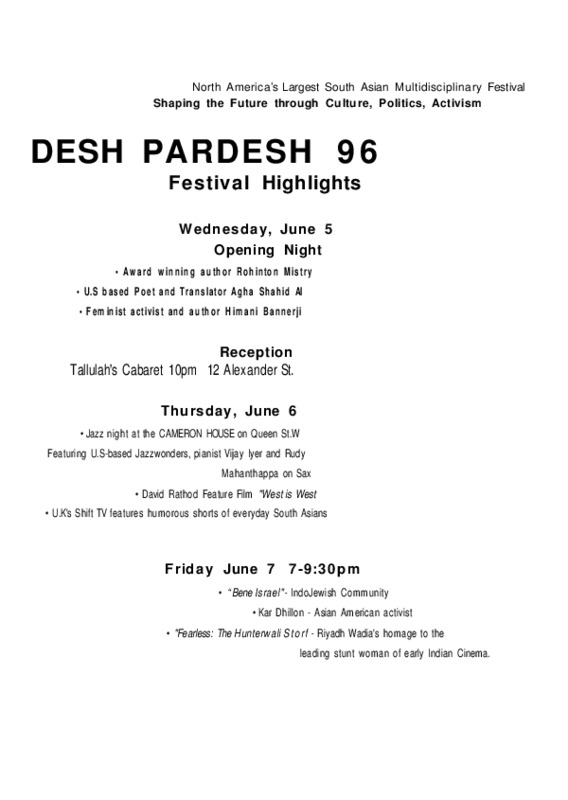 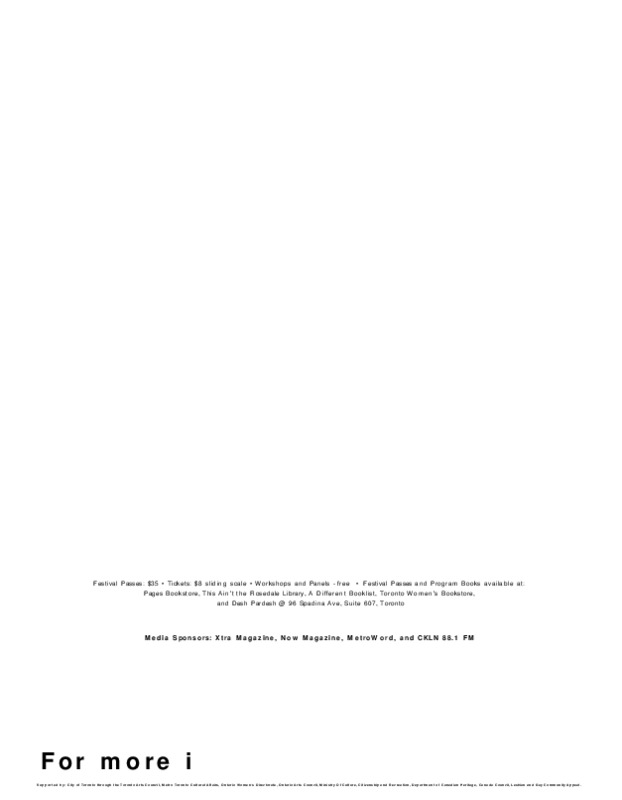 A document detailing the events which occured at this festival. 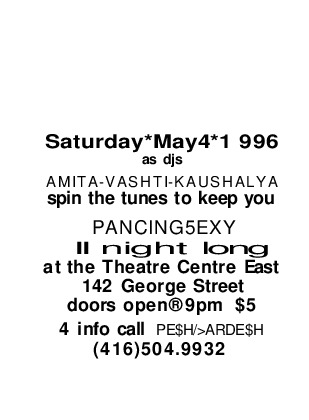 A flyer for a party.

Listen to Leah Lakshimi who talks about her experiences of Desh parties.

LL: You know, culturally, I also think about the parties. I think about the parties, I think about just the social milieu of going to Desh. In my memoir, Dirty River: A Queer Femme of Colour Dreaming Her Way Home, which just came out not even a year ago, it just came out in October of 2015, there's a scene where I remember being twenty-two and going to one of the big parties, and I described it as a catastrophe of brownness. And my editor who was white was like, "Don't you mean something more positive?" and I was like, "No, I mean catastrophe in all the best and most disastrous ways." I remember -- and what that meant for me was I remembered being there and seeing, you know, communist radical femme aunties in beautiful salwars and saris, smoking cigars and flirting. I remember seeing Sudarshan, who many people know is a queer Tamil Sri Lankan pundit, who was organizing one of the Tamil worker centres as an out queer Tamil radical man. I remember seeing lots of other young South Asians my age, some of whom were, to me anyway, it seemed like they were trying desperately to be as authentic as possible, but then there were other folks who were just such weirdos and freaks and people who didn't fit into our communities who were trying to find each other.