In addition to providing a peer support line, YouthLine has run number of special projects over the past 25 years. Every project was created with the aim of supporting and fostering 2SLGBTQ youth leadership.

Operation Mobilize
Operation Mobilize began in Sept 1997 after a 4-month planning period. It was funded by United Way and supported by Planned Parenthood Toronto. It was developed as a community development program with “the main focus being client and community outreach, and the expansion of YouthLine’s volunteer base”.

The Priscilla Queen of the North Tour
During the summer of 1999, volunteers from YouthLine and LGBTOUT went on an outreach tour around the province. They left a Youth Award raffle ticket at Mike Harris' riding office, held a lesbian wedding ceremony on Parliament Hill without a permit, handed out condoms at a Kingston mall, and were generally disruptive. Click here to read Xtra's article on the tour. 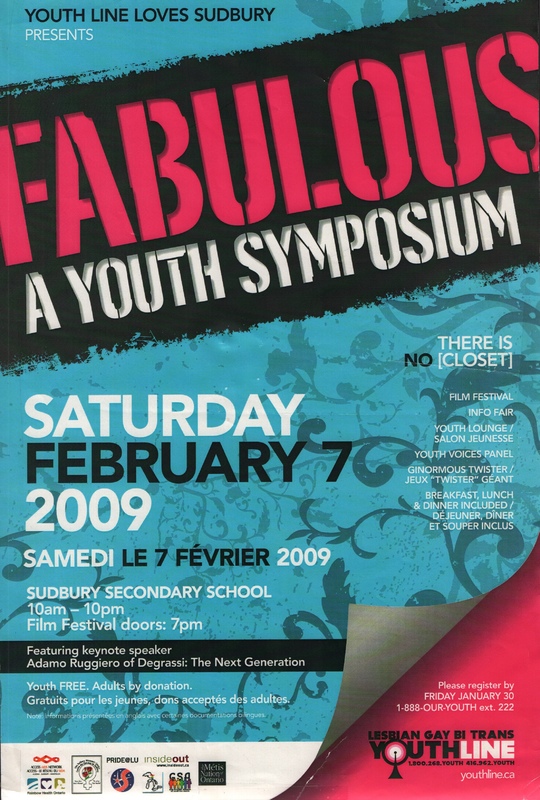 YouthLine Loves Sudbury!
The pilot community engagement project brought together a committee of Sudbury-based youth to organize Fabulous: A Youth Symposium. The youth committee spend 6 months planning the event, which took place on February 7, 2009. Over a hundred community members, including LGBT youth, interested community members, parents, and dozens of organizations participated in a symposium, panels, workshops and film festival. Members of the organizing committee continued on to run the youth contingent at Sudbury pride.

The Community Engagement Program
The program was a 2 year effort funded by the Ontario Trillium Foundation that ran from 2011-2013. It aimed to increase the support felt by LGBT youth in rural and small urban settings, to increase the number of service users from the 4 regions, and to enhance the capacity of organizations in those regions to serve LGBT youth. Youth and partners conducted community maps and needs assessments, formed Youth Planning Committees, and organized a themed event in each community. Events were held in Simcoe County, Renfrew County, Kingston, and Chatham-Kent. 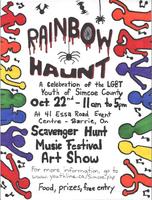 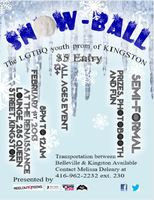 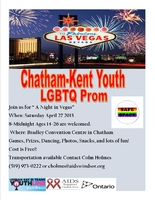 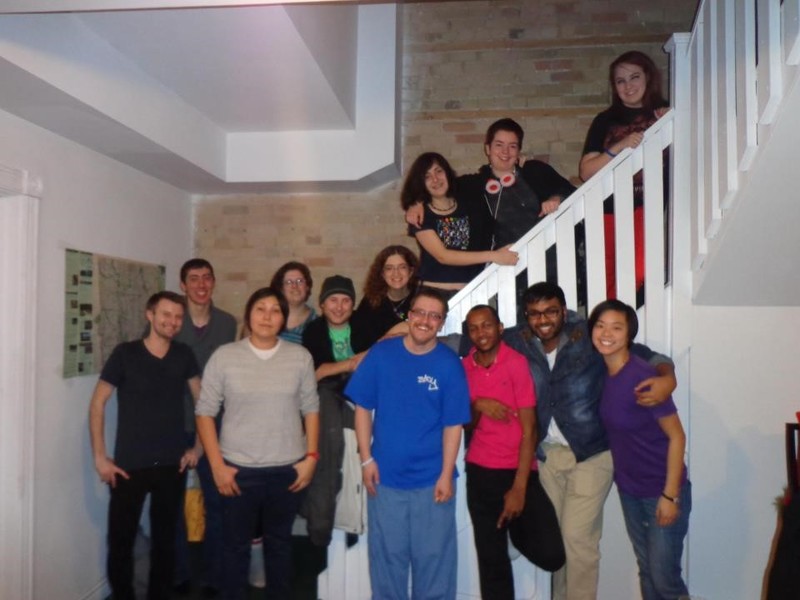 The Provincial Outreach Ambassador Program
Started in 2005, the leadership initiative grew out of seed money from the Pride and Remembrance Foundation. It brings together volunteer 2SLGBTQ youth ambassadors from across the province to increase visibility and awareness of 2SLGBTQ needs and challenges in their own communities.The year culminates in each Provincial Outreach Ambassador developing or participating in a project that benefits their local community, and creates space for LGBTT2IAQ youth to thrive without fear or compromise. The program is part of YouthLine’s long term strategic planning to ensure province-wide service delivery. 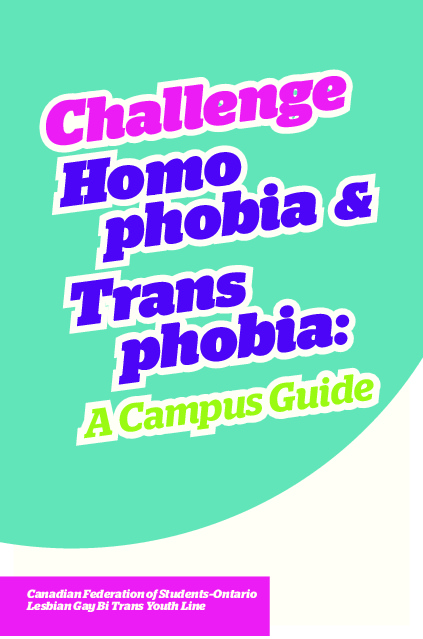 Switch It Up
On the eve of IDAHOT 2012, YL launched the Switch It Up Campaign, which aimed to raise awareness on how homophobia and transphobia impact LGBT youth. YouthLine partnered with groups across Ontario such as Réseau Access Network, Rainbow Youth Niagara, OK2BME, the Native Youth Sexual Health Network, the Canadian Federation of Students, Regional HIV/AIDS Connection, Open Closet London, the Asian Arts Freedom School, and the Youth Services Bureau of Ottawa, to collect stories from youth in many different communities on what homophobia and transphobia sounds and feels like to them. Together they created a public service announcement (PSA) called “Switch it Up”.

On the same night, YouthLine also launched a Challenge Homophobia/Transphoia Campus Guide in partnership with the Canaidan Federation of Students-Ontario. The guide offered student activists legal information, local resources, campaigning tips, and other resources and for organizing anti-homophobia and anti-transphobia campaigns and initiatives. 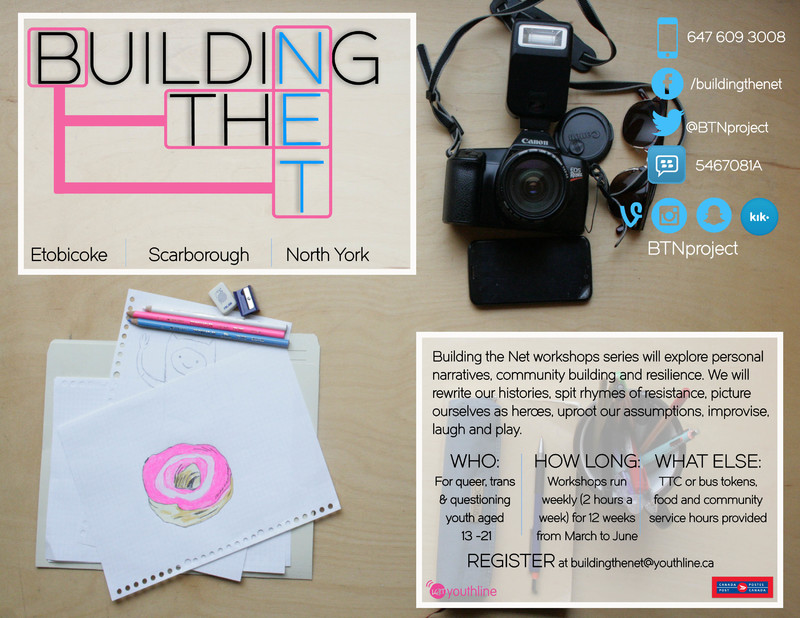 During the summer, YouthLine ran a Summer Leadership Institute where participants developed facilitation skills and received training in peer support and active listening to support them in starting and facilitating their own peer support groups. Building the Net was funded by Canada Post. 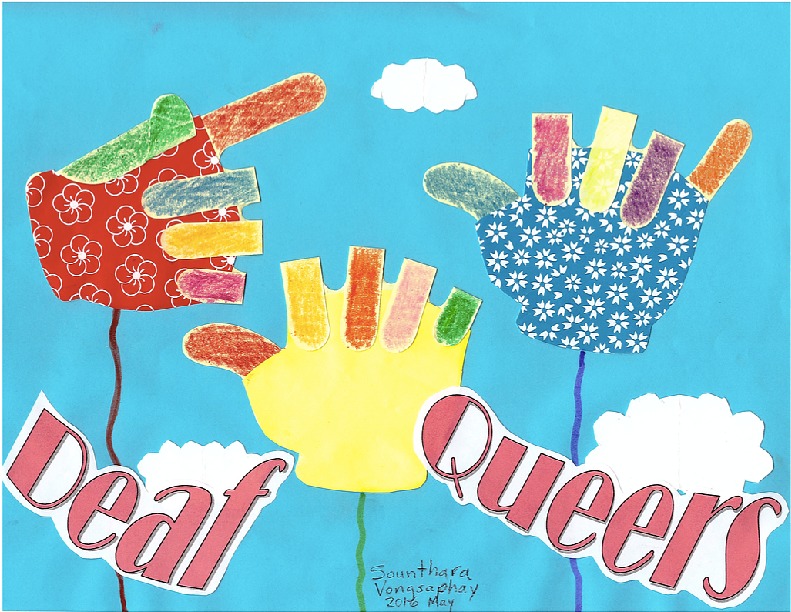 Deaf Community Inclusion Project
YouthLine worked with Deaf and Hard of Hearing community members and organizations in 2016 to learn more about Deaf culture, access, ASL, interpretation, and more to better support Deaf youth. YouthLine held a Trans 101 + ASL workshop; hired multiple Deaf/Hard of Hearing queer and trans people as outreach staff, videographers and accessibility consultants; developed resources like a Trans 101 Video, Anger Vlogs, and a Deaf Queer Zine for Deaf/HoH Communities and those that support them; and internal resources for staff and volunteers to better support Deaf/HoH youth that contact us. The project was funded by the Community One Vital Ideas grant. 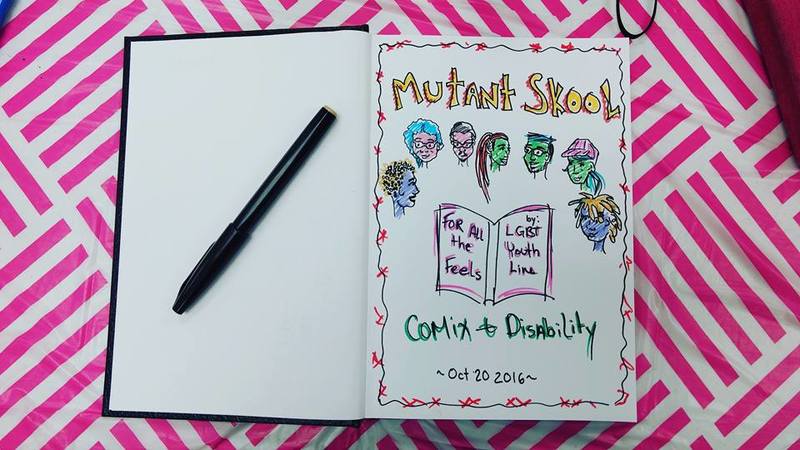 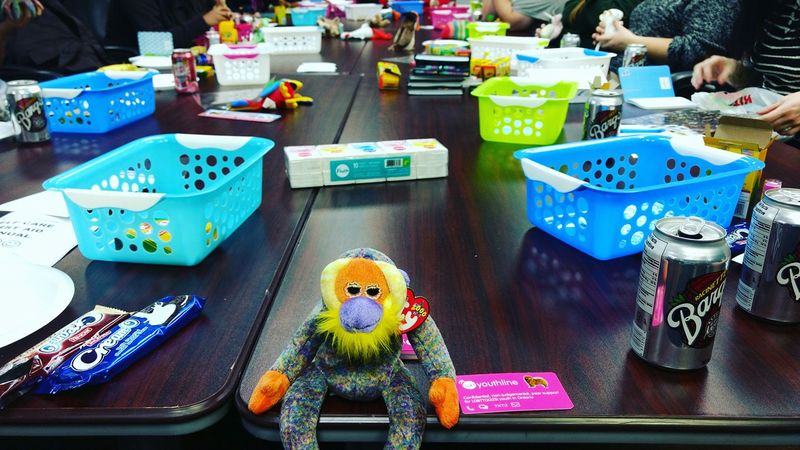 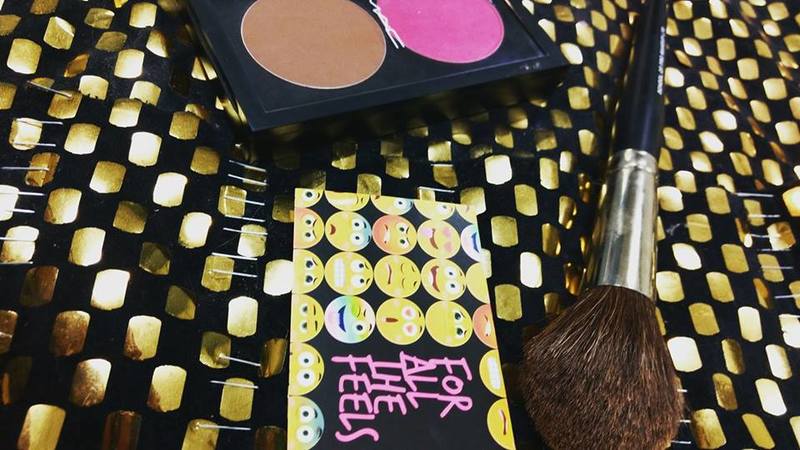 All The Feels
With support from ArtReach, YouthLine facilitated a series of free arts-based workshops run by and for 2SLGBTQ youth between October 2016 and March 2017. The workshops were intended to create low-key and accessible spaces for queer youth to come together and have fun, learn something, and make connections in the community. The workshops were attended by nearly 100 youth across the GTA. 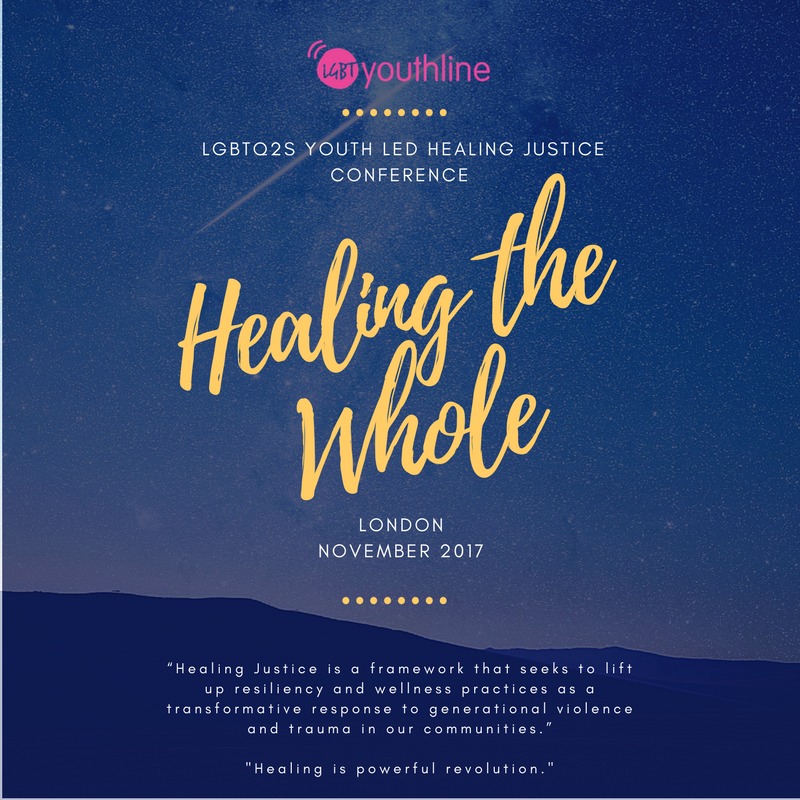 Healing the Whole
Over 50 2SLGBTQ community members who identify as Black, Indigenous, people of colour, disabled, and/or low-income, came together, as a community, to explore what it means to heal and be healed, to be heard, and to connect with one another.
In partnership with Native Youth Sexual Health Network (NYSHN), the day was held at Atlohsa Native Family Healing Services in London, Ontario, with a keynote from Summer Bressette. Sessions included: Ayurveda and Trauma, Healing Wounds of the Spirit, Astrology 101, Life as Ceremony, Two Spirit/QTIP Wellness Cycles, Reconnecting to yourself as BIPOC, and Exploring the London Queer Scene. Two healers offered acupuncture and reiki sessions throughout the day and NYSHN hosted a space for medicine making, traditional beading, and crafting.