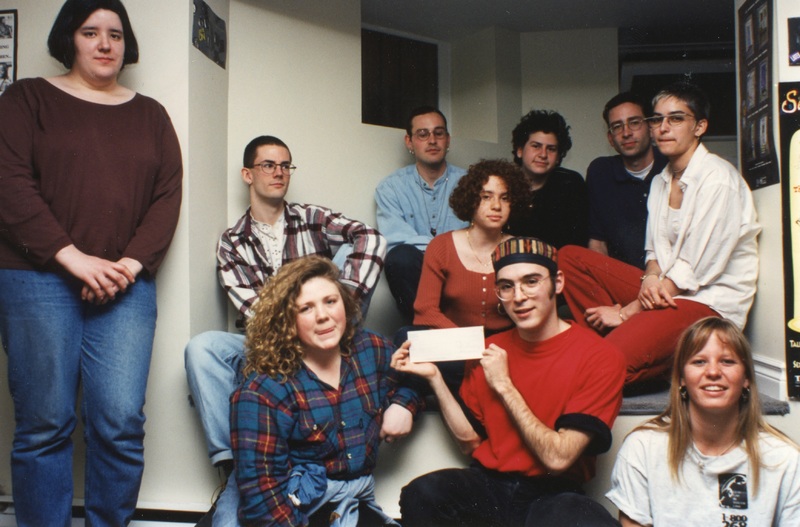 LGBT YouthLine grew out of discussions in May 1993 among youth members of a then-forming national lesbian and gay rights group. Over the next year they developed the concept of a toll-free phone line to assist lesbian, gay, bisexual, queer and questioning young people across Ontario. While gaylines existed in larger cities, the group recognized the need for a province-wide line that would serve rural and remote areas as well. It was agreed that isolation and lack of information are tremendous barriers facing youth.  The group believed that a peer-based phone support line would alleviate the loneliness felt by queer youth, would help to prevent youth from making self-destructive choices because of their overwhelming isolation, and would affirm youth’s sexual identity.

The first organizing meeting of the Lesbian Gay Bi YouthLine was held in June 1993 and included representatives from other queer youth organizations in Toronto, including Nice Jewish Girls, World Majority Lesbians, Lesbian and Gay Youth Toronto, and Lesbian Youth Peer Support. Through the hard work of volunteers and the support and endorsement of community agencies such as Kid’s Help Phone, the Children’s Aid Society of Metropolitan Toronto, and Distress Centres Ontario, the phone lines opened on May 2, 1994. Over the next two years, the service grew to provide peer support and information to over 400 young people per month. 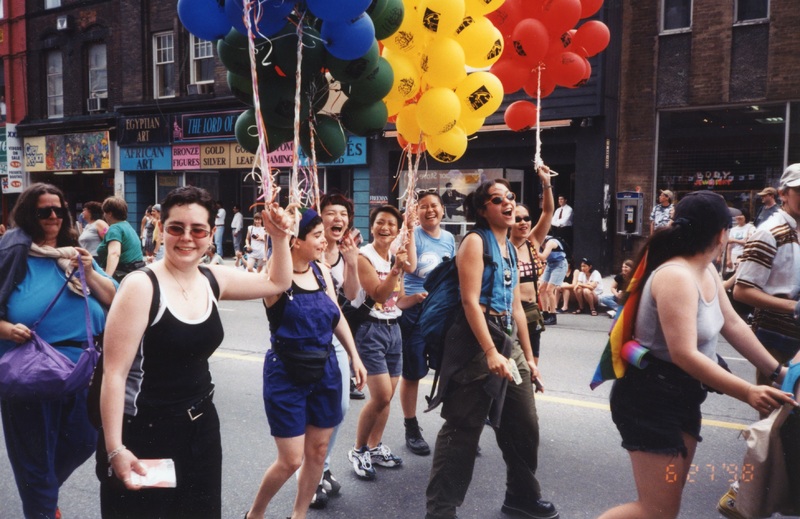 Initially, YouthLine operated under the auspices of the Board of Pink Triangle Services. In June 1995, YouthLine formed its own Board of Directors in anticipation of separation from Pink Triangle Services. In September 1995, YouthLine was incorporated as a non-profit organization. One month later, YouthLine’s provincial funding was eliminated by the then newly elected Harris government. Despite the cuts, YouthLine was able to stay open through the support of individual donors and in-kind donations from organizations and businesses with connections to lesbian, gay, bisexual and transgender communities. YouthLine has since regained provincial funding but continues to rely on the support of the community.

YouthLine suspended its service in March 1998 due to staff and volunteer turnover which was affecting the consistency of its service. The organization underwent a restructuring process, which involved involved clarifying job descriptions, reducing the board size to 11 (6 youth, 5 adults) from 17, reducing line hours to Sunday-Friday 4-9:30 from 3-11pm 7 days a week, and referring crisis calls to address volunteer burnout. The lines resumed service in June 1998 on Pride Day. 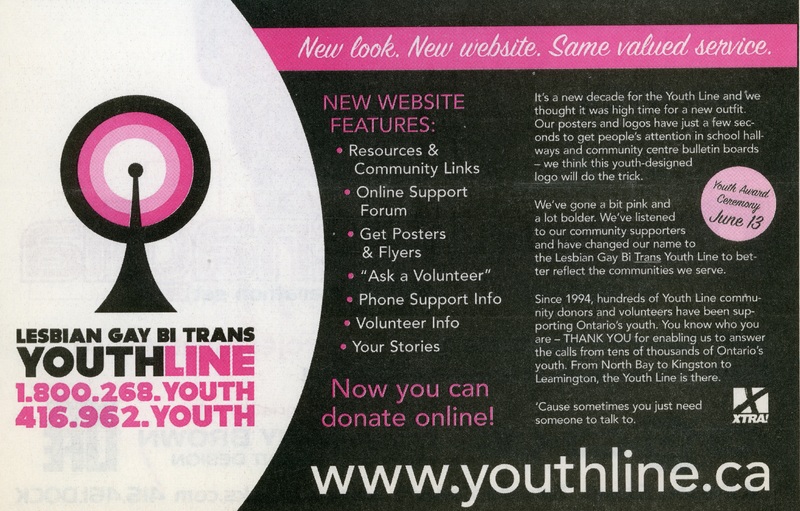 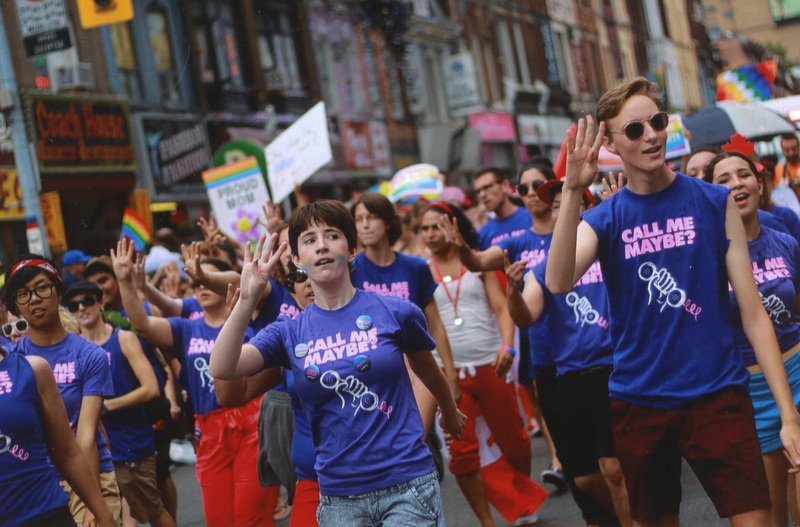 In 2005, the organization officially changed its name to Lesbian Gay Bi Trans YouthLine to better reflect the community it represents. The name change was originally prompted by Kyle Scanlon, who served as the organization’s Executive Director starting in July 2001, becoming the first out trans man to serve as an Executive Director of a queer agency in Canada. In addition to the new name, YouthLine also changed its logo and launched a new website.

To address a declining number of calls and changing technology, Youthine launched live online chat in May 2009 and text support in 2011 for its peer support services. As of 2018, 53% of service users contacted the line through text and chat.  In 2018, YouthLine increased its definition of ‘youth’ from 26 and under to 29 for service users, board members, and volunteers.

YouthLine regularly hosts community events, most notably the Youth Awards Gala, which celebrates the contributions of 2SLGBTQ youth leaders with awards in areas such as arts and culture, social and health services, social justice, queer and trans visibility, academic environments, and community empowerment.

Recently, YouthLine launched a new resources database to ensure that it can have reliable and current resources available for youth across Ontario, especially those in rural and suburban regions. YouthLine is also hosting a second cycle of Provincial Youth Ambassadors, a group of 18 youth, with a focus on Northern Ontario, that will raise awareness and supports in their local communities.

YouthLine continues its legacy of fostering and celebrating youth leadership. In summer of 2019, we are launching YouthOrganize – a new online platform for 2SLGBTQ youth organizers across Ontario to connect, collaborate, ask questions, share resources, and build skills.