Although the demands of the march have been mostly met and are taken for granted today, they were seen as radical and unimaginable at the time. A few members of TGA drafted the “We Demand” document, the research and composition of it having been done by David Newcome and Herb Spiers. The brief was a 13-page document that called for changes to the law and public policy regarding gay and lesbian rights. The following are the original demands:

Many of these demands were responses to the Cold War-era purges of LGBTQ2+ from the Military and Civil Service. At the time, queerness was seen as a character weakness that was a threat to national security. As a result, the RCMP conducted investigations and collected information on a large number of people, and dismissed those who were suspected of being queer. This has come to be known as the LGBT Purge. It was only in 2017, that the Canadian government formally apologized, and started the compensation process for those subjected to harassment, interrogation, and discriminatory dismissal from the 1950s to 1990s. 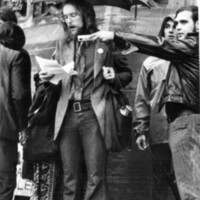 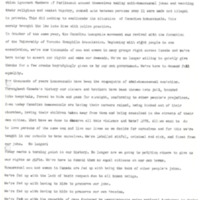 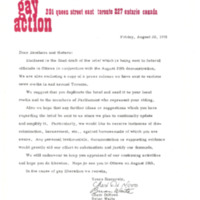 ← Introduction
Legacy of the March →
The Demands