The We Demand march of 1971 was the first recorded political action taken by queer activists in Canada. The date of this march, August 28, 1971, coincided with the second anniversary of the passing of Bill C-150 which decriminalized gay sex in Canada. Although this reform of the 1969 Criminal Code led to the decriminalization of certain homosexual acts, it did not have much of a tangible impact on the policing and surveillance of queers. In fact, the policing of sex between men actually increased following Bill C-150.

This march was significant because not only was it the first public action, but it was also the result of an emerging national network of organizations on a federal level. This organizing happened in the context of other social movements such as anti-war, student, feminist, Black Power, Indigenous rights and more.

It was through the ongoing surveillance of leftist activists in Toronto, that the RCMP originally found out about the We Demand organizing plans. Many who were invited as guests to the march declined due to fear of being outed, policed or being otherwise associated with gay liberation movements.

The main protest happened on Parliament Hill with around 200 people gathered underneath the pouring rain. This was organized by Toronto Gay Action (TGA), which consisted of a radical group of activists that emerged from the Community Homophile Association of Toronto (CHAT), who wanted to engage in direct action. TGA also included members that were part of other left-wing liberation movements in Canada. The reason TGA organized the main event in Ottawa was that activists wanted to target federal lawmakers rather than provincial. The document with the demands was read out by Charlie Hill on the steps of Parliament. There were also gay liberation activists from Montreal who spoke at the event. Concurrently, there was also a protest that happened in Vancouver in solidarity. There were about 20 Vancouver activists who did a similar action in front of the Vancouver Courthouse. This march was organized by Vancouver’s Gay Alliance Toward Equality (GATE). The demands were specific to federal law: although there was much regional gay activism at the time, legal oppression was something all these groups had in common and could rally around. 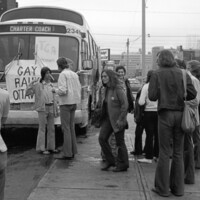 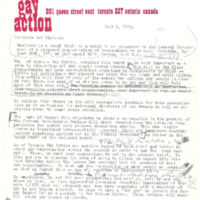 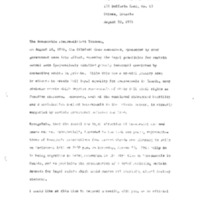 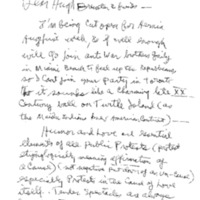 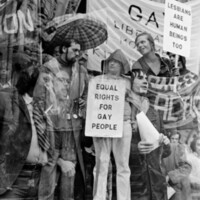