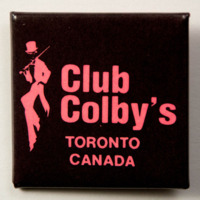 Though small, buttons and pins communicated pivotal concerns of the LGBTQ2+ community to the world. With the earliest item dating to 1977, the buttons in this collection speak to issues in human rights, health, and politics up to the 2010s. 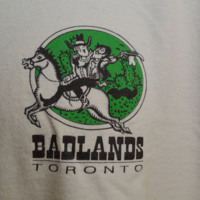 T-shirts are an important medium of expression for the LGBTQ2+ community; allowing subcultures to demonstrate what they stood for and expand their membership, and giving organizations the chance to raise awareness for issues like AIDS and homophobia. T-shirts and dresses also provided a simple but effective way for LGBTQ2+ to showcase their pride in themselves and their nonconformity.