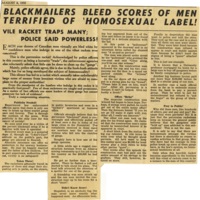 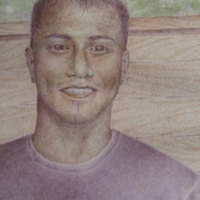 The National Portrait Collection was established in 1998 with 25 original portraits and coincided with our 25th anniversary. Since then, the collection has grown to 79 portraits of various mediums, including photography, oil, and watercolour. We are committed to the continuous expansion of the NPC, thereby actively engaging in creating our own historical record.

Nominations for the NPC are held on a semi-regular basis. For more information, please contact The ArQuives directly.

The Collection is regularly exhibited in our home in Toronto and at other venues across Canada, in celebration of all LGBTQ2+ communities. The Collection is also available to organizations and museums on loan. 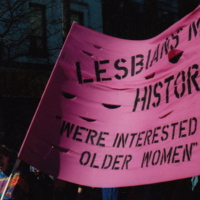 The Lesbians Making History (LMH) collective came together in the mid-1980s and was inspired by oral history projects of gay lives coming out of Buffalo, Boston and San Francisco. The collective interviewed 9 women about their experiences as ‘out’ lesbians in the 1950s, 60s, and 70s.

In 2014 the original audio tapes were given to The ArQuives via the LGBTQ Digital Oral History Collaboratory, a multi-institutional research project led by University of Toronto professor Elspeth Brown and funded by a 5-year SSHRC Insight grant.