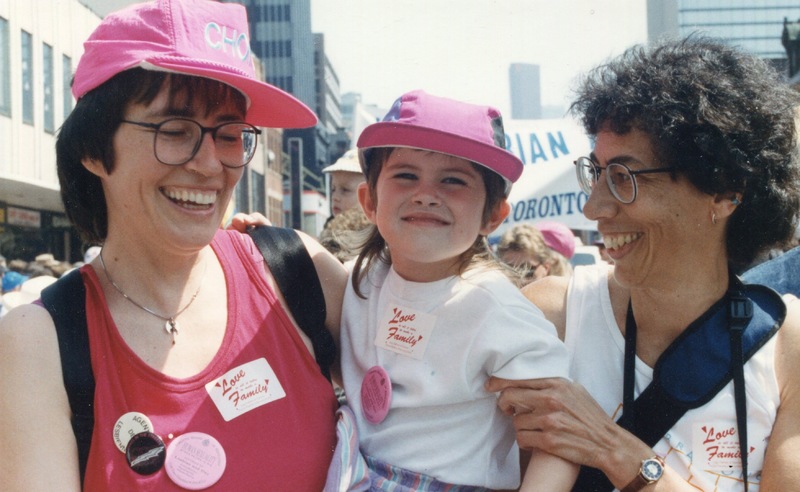 "In Between Heart and Break," by Makeda Zook, audio transcript:

In my mind, I have started hundreds of first words and opening sentences to this speech. How do I begin to distill down all that Krin, my one and only Krinny, meant to me, still means to me? Will describing how her plaid shirts, baggy cargo-jean shorts, and bright-red skater shoes ever capture the ways her spirit was both playful and butch? Will smells of lemon mixed with lavender ever recreated the calm experienced when I would bury my nose in her thick head of hair? I ask myself, how will I ever be able to express through words the completeness of the way her hugs felt, or the way in which her spontaneous laughter illuminated beauty, or the way her lightness of being and her silliness taught me strength?

Words can never capture and hold these feelings as they once existed in the form of flesh and blood, but words can help me remember those feelings. Words can help me feel the emptiness that has been left in the wake of her absence, and at the same time, they can help me feel the fullness of the imprint she has left on me. Since Krin’s death, I’ve heard many times that her legacy lives on through me, yet I feel filled with more questions than answers about what that means. The responsibility feels too big for one person to carry because how can I ever live up to her in the way that she fought for justice, the way that she opened her heart to relative strangers, or the way that she built and surrendered herself with community? Thinking through these big questions, I feel the fullness of that imprint, and I’ve begun to think of her imprint on me also as an inheritance—I’ve inherited a great deal. Perhaps the most important gift I’ve inherited from Krinny is the ability to glimpse that almost imperceptible space-in-between. Krin was always playing with the space-in-between—whether it was the space between genders or the space between the physical and the spirit world—she was at ease in her curiosity of the unknown and at ease in her self-exploration. This space-in-between is where I most often feel her now in that uniquely omnipresent, uniquely Krinny way. It is a feeling that is intangible and fleeting. It is like the blurry space when the ocean meets the shore—not quite water and not quite land, but permanently moving.

It feels like the space between heart and break.

My grief feels so big sometimes, so all-consuming. It’s like trying to catch the millions of stories, sounds, feelings, and wisdom that Krin often unexpectedly imparted in a laugh, in a question meant to spark a meaningful conversation, or in a random thought that popped into her brain. Krinny showed me the beauty of the unexpected, her “why the heck not?” quality taught me that challenging expectations and pursuing the unexpected were not something to be afraid of; instead, they were something to embrace as an opportunity for self-discovery. Today, she wanted us all to feel what we need to feel without expectations and without script. For me, I began to question why we try not to cry in these times of mourning. Is it because we want to protect others from the sharpness of our own grief? Or is it simply because when our hearts are this broken, we are afraid that we’ll never stop and that our hearts will keep breaking open over and over again? Krin wanted today to be appropriately sad. She knew that this would be the only way to move through the grief, to live it fully, to feel it fully, to welcome it, embrace it with ease and care—not too tightly, but just right. Krin told me in her last week on this physical earth that the grief would be extremely painful but that without the bad, we cannot have the good, or rather, we cannot appreciate the good. She helped me see the beauty in the seemingly small things without inflating the absolute shit with false hope, pretense, or platitude. These seemingly opposing forces of beauty and shit drove her activism and spirituality. Balancing these opposing energies was never about holding onto positivity as w way of masking the shittiness and injustices. Instead, it was about helping her remain curious about what is right in front of us waiting to be seen—whether this be the fullness of a sky bright with stars that have already died, or in the ways that being an effective activist means being open to all you may not intimately know or understand in the bones of your experience.

When people talk about death, they often talk about dying words, but the last two days of Krin’s life, there was only breath. In the last two weeks, there was poetry. She spoke of making her “big transition” as “being able to listen to the stars in the sky and being able to hear the songs that they sing.” At first, her very last words felt meaningless—void of the poetry of previous weeks, and without the drama that Hollywood tells you is real. But as the weeks grow since her death, the more her last word stands out. She opened her eyes and said “hello” with all of the curiosity and openness of a child, but without any of the vulnerability. This word, her last word, has begun to take on form and meaning because of the way it captures her presence both in her life and in her death. On the night that Krin died, she walked into the full moon with an openness as purposeful as it was soft—full of love for her life, yet without hesitation of the unknown.

“In Between Heart and Break” was originally spoken at Makeda’s mom Krin Zook’s memorial service in 2016. It was then published in Spawning Generations: Rants and Reflections on Growing Up With LGBTQ+ Parents, edited by Sadie Epstein-Fine and Makeda Zook (Bradford: Demeter Press, 2018), p. 199-201.