History of the Run

In 1996, over 300 LGBTQ2+ people took to the streets of Toronto as participants in the first ever Pride and Remembrance Run, a 5K sporting event benefitting the AIDS Memorial and the Canadian Lesbian and Gay Archives (now known as The ArQuives). In its first year, the run was able to raise about eight thousand dollars. Since then, the annual Pride and Remembrance Run and the associated Pride and Remembrance Foundation have raised over two million dollars for charitable causes in the LGBTQ2+ community. 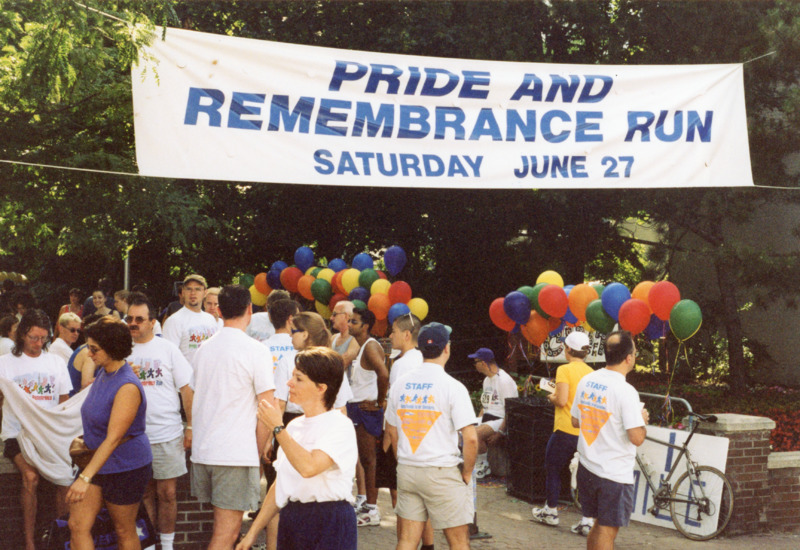 Photograph from Pride and Remembrance Run, 1998

Alan Belaiche, the founder of the run, recalls being inspired to create the event after losing two close friends to diabetes and HIV/AIDS in 1995. In an effort to honour loved ones lost and the ongoing struggle for LGBTQ2S+ rights, Belaiche defined the run by twin values of pride and remembrance.

“The run hopefully opened up opportunities for people to feel good about themselves and to feel part of something bigger, that they’re not alone.”

The Pride and Remembrance Run formed part of a burgeoning group of LGBTQ2+ sports organizations in the 1990s aimed at overcoming the barriers often faced by queer people in sport.

“There was this slight act of bravery that went along with signing up for, showing up for, standing at the start line and running this gay race.” 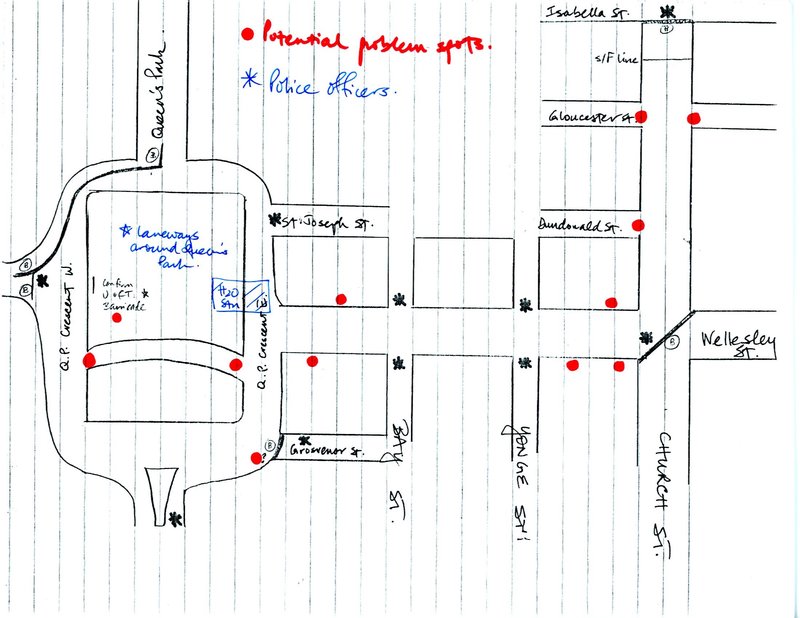 The run's decisions to offer gender-neutral awards, allow participants to walk, and its relatively short distance set a standard of inclusivity for the event. This is matched with a fun and light-hearted atmosphere on race day: many runners participate in costume or drag. In an oral history interview, former co-president of the Pride and Remembrance Association Bernardine Perreira recalls seing runners from the HIV & AIDS Legal Clinic of Ontario showing up to the run dressed up in judicial robes.

"What's so lovely about the event is you dont have to do it by yourself." 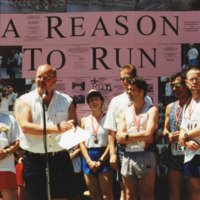 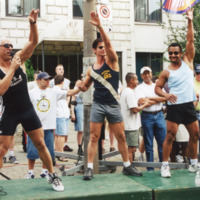 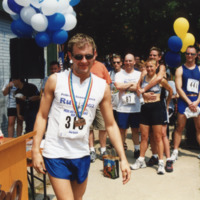 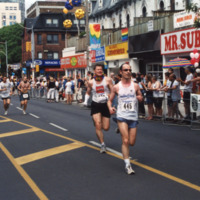 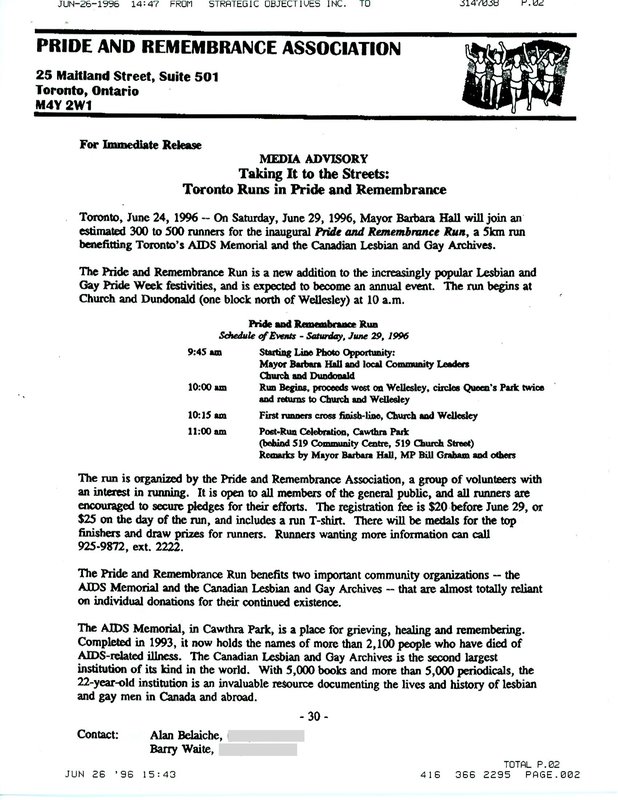 "You feel a real sense of accomplishment. You did good."

This digital exhibition is comprised of materials donated to The ArQuives as part of the Pride and Remembrance Association fonds. You will find digitized photographs, letters, posters, t-shirts, news articles, VHS tapes, and other ephemera. A series of oral history interviews produced for the Pride and Remembrance Run's 25th anniversary are also available. Explore the rest of the exhibition by clicking through the links at the top of the page. 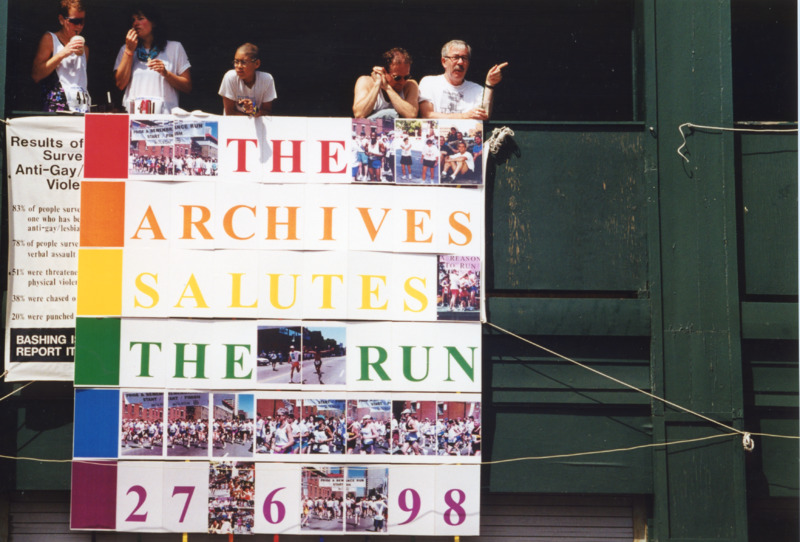 Photograph from Pride and Remembrance Run, 1998

Past beneficiaries of the Pride and Remembrance Run from 1996 to 2020 have included:

The beneficiaries of the Pride and Remembrance Run for 2021 are Asian Community AIDS Services, Rainbow Faith and Freedom, Sherbourne Health Centre, The Get Real Movement and The Stephen Lewis Foundation