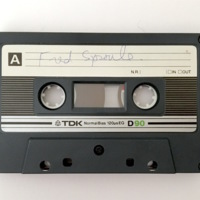 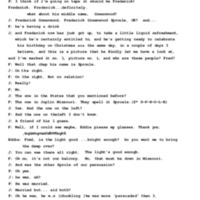 Trigger warning for use of racist and sexist language in this interview.

This is John Grube's second interview with Frederick Sproule for Foolscap. The oral history begins with Grube and Sproule looking through a series of photos, and Sproule explaining the context of and characters in each photo. Lionel Collier and Eddie Fortune also make the occasional appearance, asking Sproule questions and discussing dinner. Sproule discusses major Toronto landmarks, and the gay scene from 1920s onward. Sproule expresses his hatred of effeminate men and lesbians in this interview.