Often viewed as fundamentally non-sexual, women found it difficult to make their voices heard when it came to sex, as in most things. This holds true for queer women in the 1950s and 1960s, who were nearly invisible in the press, only garnering attention when one of them did something radical, like wear men’s clothing. 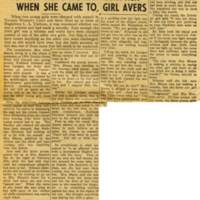 'Passed out' after one drink to find nude woman with her 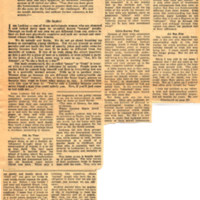 'Women shun us!-Men scoff at us!' Toronto lesbian tells all! 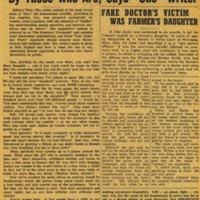 Lesbians not flamboyant, persecuted by those who are 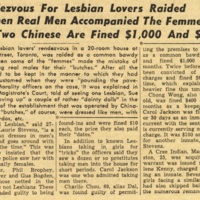 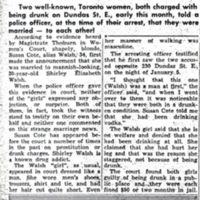 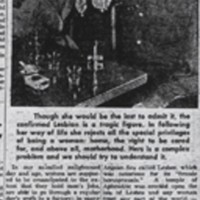 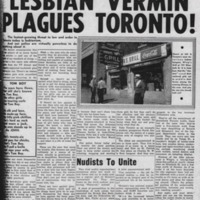 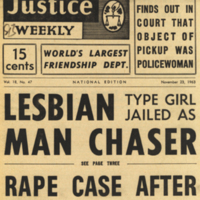 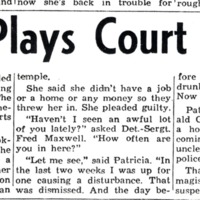 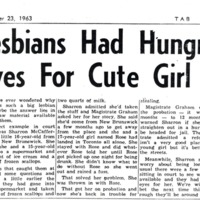 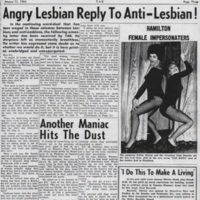 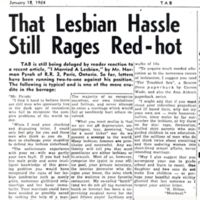 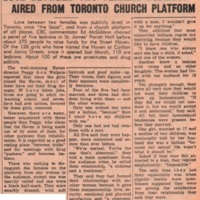 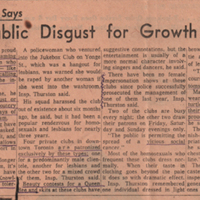 ← In Defence of Queers
Police and Prosecution →
Lesbianism