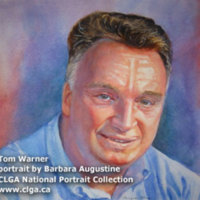 In 1971, Tom Warner helped found the Gay Students' Alliance at the University of Saskatchewan and the Zodiac Friendship Society, the community organization that later became the Gay Community Centre of Saskatoon. After moving to Toronto, he helped found the Gay Alliance Toward Equality in 1973, later becoming its President, and co-ordinated the National Gay Election Coalition in 1974. He is also a founding member of the Coalition for Lesbian and Gay Rights in Ontario, in which he has been active since 1975. Other organizations in which Tom has been active include: the Body Politic, the Committee to Defend John Damien, the Right To Privacy Committee, the Coalition for Life Together, the Association of Gay Electors and the June 13 Committee.

From 1993 to 1996, Tom served as an Ontario Human Rights Commissioner, becoming the first openly gay man in Canada to be appointed to a statutory human rights commission. In 2001, he was included as one of some 40 Canadians in Who's Who in Contemporary Gay & Lesbian History, along with over 500 figures significant to the history of homosexuality in the Western world from World War II to the present.

Tom is the author of Never Going Back, a history of queer activism in Canada, published by the University of Toronto Press in 2002. (2002 Induction Statement)