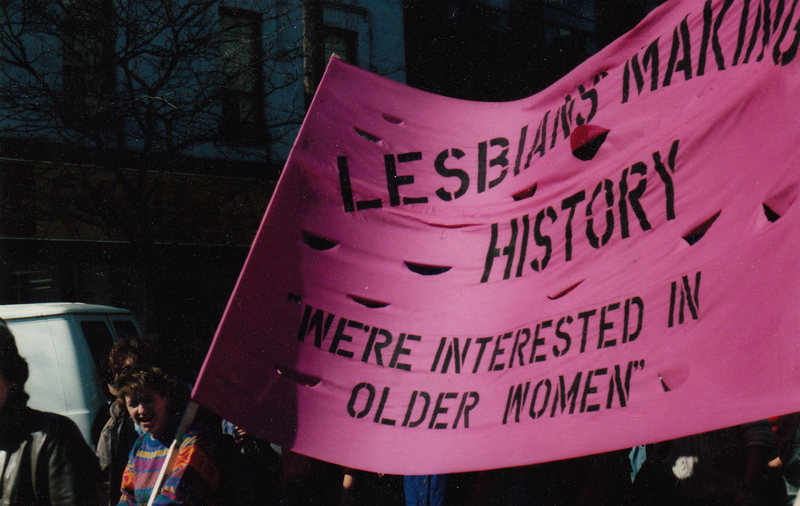 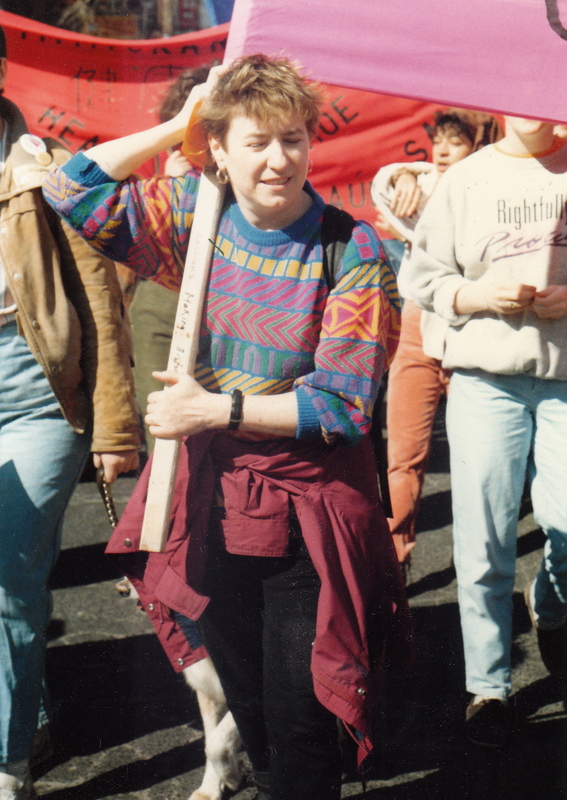 The Lesbians Making History (LMH) collective came together in the mid-1980s and was inspired by oral history projects of gay lives coming out of Buffalo, Boston and San Francisco. The collective interviewed 9 women about their experiences as ‘out’ lesbians in the 1950s, 60s, and 70s.

Some of the women interviewed by the collective also appeared in Aerlyn Weissman and Lynne Fernie’s NFB-funded documentary Forbidden Love: The Unashamed Stories of Lesbian Lives. The 1992 film was out of print for many years until 2014, when the National Film Board released it in digital format.

Although the organizers of Lesbians Making History were committed to keeping the project a community-based initiative, and not one rooted in academic pursuit, they allowed Elise Chenier, now a professor at Simon Fraser University, to use the transcripts of the interviews for her MA thesis. Chenier’s work on lesbian bar culture in the 1950s and 60s is widely taught in Canadian universities. The interview material was also used by Cameron Duder and by Gary Kinsman and Patrizia Gentile.

In 2014 the original audio tapes were given to The ArQuives via the LGBTQ Digital Oral History Collaboratory, a multi-institutional research project led by University of Toronto professor Elspeth Brown and funded by a 5-year SSHRC Insight grant.