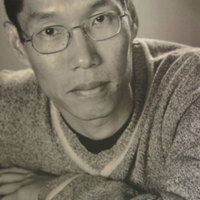 Richard Fung, a Trinidadian who came to Toronto via Ireland in 1973, is a video artist, writer and filmmaker, who has been engaged with questions of sexism and racism for most of his artistic career. These questions were examined in Orientations, his 1984 documentary on gay Asians. Richard Fung's other videos include: Chinese Characters (1986) which looked at Gay Asian sexuality and its relation to North American gay media and Fighting Chance (1991) about several Asian gay men with AIDS. He has also written numerous thoughtful and incisive articles on film. (1998 Induction Statement)