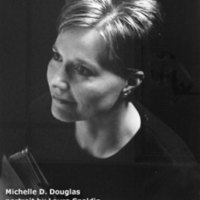 Michelle Douglas never imagined herself as an activist, yet that was exactly what she became after being fired by the Canadian Armed Forces in 1989 for being a lesbian. Michelle joined the military in 1986 and, by all accounts, was at the beginning of a stellar career when she came under intense investigation by the military police who suspected her of being a lesbian. After being fired by the military, Michelle launched a landmark legal challenge against the Canadian Armed Forces that resulted in an end to the military's discriminatory policies against gays and lesbians.

Since that time Michelle has been dedicated much of her time fighting for the equal and just treatment of gays and lesbians. She is the President of the Foundation for Equal Families, a community organization that intervenes in legal challenges dealing with same-sex relationships and gay rights. She has spoken extensively in Canada and the United States on the topic of gay and lesbians rights and has appeared on such programs as CanadaAM and The QFiles.

Michelle also regularly volunteers as a host and interviewer on CIUT's Gaywire and is a member of the Advisory Board of the Sexual Diversity Studies Program at the University of Toronto. Michelle has been honoured for her activism by the Metropolitan Community Church of Toronto and is included in "Who's Who of Canadian Women". Michelle resides in Toronto with her partner, Irshad Manji, where they happily live a frenetic pace and are proud to report that they do not have any cats. (1999 Induction Statement)