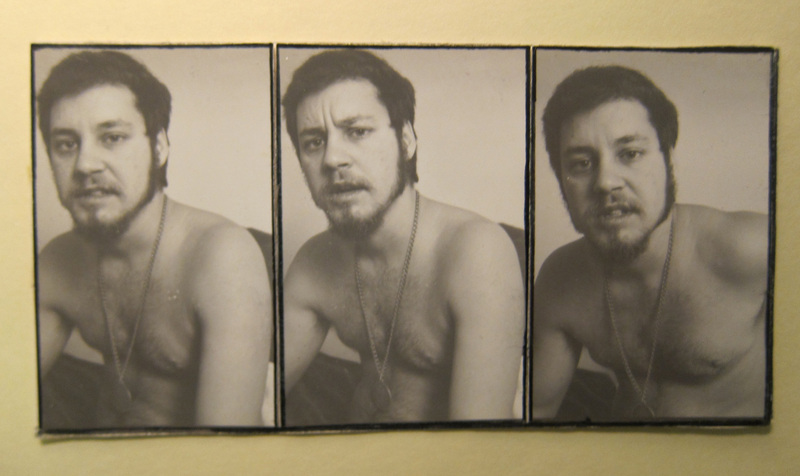 This digital exhibition is designed to highlight Rupert Raj's work as an important trans activist whose papers are held by The ArQuives. Highlights of this donation include materials relating to the three trans-related publications Raj founded and edited in the 1980s; correspondence with other trans people, medical professionals, and activists; research on phalloplasty and other trans issues; personal scrapbooks and photographs;  books and AV materials.

Rupert Raj is a Eurasian (East Indian and Polish) pansexual trans man who came out in 1971 in Ottawa's queer community. He provided peer-counselling, research and education for transsexual men and women and their significant others and the medical/health communities of Ottawa, Vancouver, Calgary and Toronto between 1971-1990. He founded several trans organizations, including 1) Foundation for the Advancement of Canadian Transsexuals (FACT); 2) Metamorphosis Medical Research Foundation (MMRF Dec. 1981-May 1988); and 3) Gender Worker (1987, which changed its name in 1989 to Gender Consultants, with his wife Michelle Raj-Gauthier as a partner; closed in 1990). He also founded three transsexual publications: 1) Gender Review: the FACTual Journal (1978-81, Calgary/Toronto); 2) Metamorphosis Newsletter/Metamorphosis Magazine 1982-88, Toronto); and 3) Gender NetWorker (2 issues, Toronto, 1988, directed towards helping professionals and resource providers). In June 1999, he co-founded a peer-support group for transsexual men and transsexual women at the 519 Community Centre in Toronto. Rupert retired from his position as a psychotherapist at Toronto's Sherbourne Health Centre, where he worked in the LGBT Program.

Raj founded the Association for Canadian Transsexuals (A.C.T.) in the late-1970s when living in Vancouver. In January 1978, while living in Calgary, Raj founded F.A.C.T: the Foundation for the Advancement of Canadian Transsexuals (F.A.C.T) as a lobbying and educational organization on behalf of trans people, with Raj as founding Director, Kyle J. Spooner as Associate Director, and Chris E. Black as Secretary-Treasurer. On July 1, 1979, Raj moved the organization’s “head office” from Calgary to Toronto, while various colleagues participated from Calgary, Winnipeg, Montreal, Ottawa, Hamilton, Kitchener and London, ON. As of April 1980, F.A.C.T. was under the management of Susan Huxford, and the HQ moved to Rexdale, ON, while Raj remained involved in various capacities, including as editor of Gender Review (ending this in December 1981). (At some point between 1981 and 1986, Huxford changed the organization's name to the Federation of American and Canadian Transsexuals (also known as F.A.C.T.). Raj was the Toronto Liaison Officer for F.A.C.T from 1985-1987, while running the Metamorphosis Medical Research Foundation. After Raj moved to Toronto and began his publication Metamorphosis (in February 1982), he relinquished his role in publishing Gender Review.

Raj founded Metamorphosis in early 1982 as a bi-monthly newsletter; its first issue came out in February of that year. It was a “newsletter Exclusively for F-M men” (with an intended readership among their families, wives/girlfriends, as well as professionals and “para professionals interested in female TSism”); the newsletter presents a more specific focus than FACT’s broader activist mandate. By the third issue, the newsletter averaged around 8 pages, whereas, in 1986, most issues were 24 pages. The last issue was in 1988.

Gender NetWorker was founded by Raj in 1988, with its first of two issues appearing in June of 1988 and the second in August (or September) 1988. This publication was directed specifically towards “helping professionals and resource providers.” Raj wrote that he wanted to facilitate a communication network between professional and lay providers, to bring together trans people and the medical and health professionals who worked with trans populations.