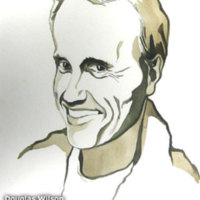 Canadian activist, university professor, publisher and writer was born in Saskatchewan. In 1975, he gained prominence in a fight for gay rights with the University of Saskatchewan. The University's Dean of the College of Education refused to allow Wilson into the school system to supervise practice teachers because of his public involvement with the gay liberation movement. Wilson was Vice-President of the Gay Community Centre Saskatoon and had been trying to start a gay academic union at the university. The Saskatchewan Human Rights Commission failed to protect Wilson and his case was unsuccessful. Wilson spent most of his life fighting for human rights issues, activism and AIDS organizations. In 1977 he founded Stubblejumper Press, a press dedicated to publishing works by Canadian lesbians and gay men. He served as executive director of the Saskatchewan Association on Human Rights from 1978 to 1983. In 1983 Wilson moved to Toronto to work for the Toronto Board of Education as an adviser to the Race Relations and Equal Opportunity Office. In 1984, he became one of the founding publishers of Rites: For Lesbian and Gay Liberation. Wilson was the first openly gay candidate to be nominated by a major political party to stand for Parliament representing the NDP in the riding of Rosedale. During the campaign he was diagnosed with AIDS. He spent the rest of his life as an AIDS activist helping to found AIDS Action Now! And founding chairperson of the Canadian Network of Organizations for People Living With AIDS. Wilson published his partner's novels, Boys Like Us (1991) and Sweetheart (1992) by Peter McGehee. One month before his death, he completed McGehee's notes of his third novel, Labour of Love (1993). (2001 Induction Statement)