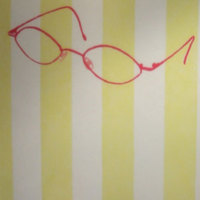 Susan Ursel is a lawyer working in the areas of labour and human rights. She represents trade unions, individuals and other progressive organizations. Her parents were both from Saskatchewan. She credits this Prairie heritage and the strong women of her family for her stamina, stubbornness and passion for fairness.

Susan has been involved in the lesbian and gay community for many years, as a lawyer and an activist. In 1994, she was the Lobby Coordinator for the Campaign for Equal Families, working for passage of Ontario's Bill 167, the first same-sex relationship recognition legislation to be introduced in a Canadian legislature. She was a founder and is a director of the Foundation for Equal Families which continues this work, most recently with its legal challenge to Federal legislation which discriminates against same-sex partners. This effort has culminated in the introduction Bill C-23, the Federal response to ending discrimination against our relationships.

She has successfully advocated for gay and lesbian equality in a number of human rights cases, including the first Gay Pride proclamation case in Hamilton. She has appeared in the Supreme Court of Canada as co-counsel for the Metropolitan Community Church-Toronto, in the groundbreaking Charter case, Egan and Nesbitt. Living in Toronto with her partner Lucy McSweeney, she continues to speak, write and work on equity issues.

"Our work today is to continue the fight for equality, for our families, our children and our communities. What sustains me is knowing that we are building for our future." (Susan Ursel, Toronto, 2000 Induction Statement)