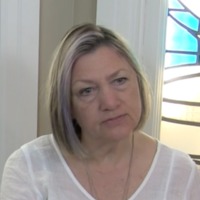 Oral History with Anna Travers, one of 7 activists involved in fighting Ontario's delisting of gender confirming surgeries from the province's public health plan in 1998. Conducted in Spring/Summer 2016 as part of the LGBTQ Oral History Digital Collaboratory (Elspeth Brown, PI)

Anna Travers served as the one of the founding members and first Director of Rainbow Health Ontario. She worked closely under the Sherbourne Health Centre (SHC) since its inception in 2002.

Sherbourne Health Centre was the first clinic designated as a primary health centre for LGBTQ+ individuals. Shortly after its inauguration, Anna and a group of other trans activists assembled a working group to assess healthcare needs in the transgender community in Toronto. While the services provided by SHC were limited in the beginning, this working group resulted in a protocol for trans healthcare based on consent and self-determination, steering away from other, more medicalized approaches.


At the time when SHC opened its doors, the requirements for hormonal replacement therapy (HRT) in Ontario called for individuals to live as the opposite gender for two years. In addition, candidates also had to fit highly binary and normative understandings of gender and gender expression, often feeling pressured to fit the narrative of being 'trapped in the wrong body'. However, these requirements changed through the work of this group of activists working under Sherbourne Health Centre, and soon they were able to pioneer a model that expanded HRT coverage to primary health centres across Ontario.

This new model of trans healthcare was highly beneficial to transgender people across the province. Previously, transgender individuals in Ontario had to rely on the highly-medicalized and pathologized approach employed by the Centre for Addiction and Mental Health (CAMH) for their transitions. Experts at CAMH would deny access to HRT and gender confirmation surgeries (GCS) to those who they determined to be uneducated, undecided, or unsure about their transitions. As such, they were able to argue that GCS was not a vital service to be provided under the province's healthcare plan, which eventually influenced its delisting in 1998. Of course, these numbers were only this low given that, as per Anna's estimations, CAMH would turn down around 95% of applicants for transgender-related healthcare.

Together with the working group of trans activists, Anna was able to secure funding from the Wellesley Institute at first, as well as the HIV Treatment Network, which allowed them to study healthcare needs in the transgender community in Toronto. This eventually grew into the Trans PULSE Project, one of the most important inquiries into the state of transgender health, wellbeing, and marginalization in Toronto. The results of the Trans PULSE Project not only shed a light into the needs of this community, but Anna also expresses it was heavily influential in terms of public policy. Of particular importance is the fact that the majority of the team working for the Project were transgender.

Anna speaks of the important role that Rainbow Health Ontario (RHO) has served for the community. Rainbow Health Ontario has its roots in Rainhow Health Network, which started as a voluntary group meeting once a month to work on advocacy issues for LGBTQ health. It was organized out of SHC, and meetings tended to hold a large number of community members and specialists. After some time, they began lobbying then Minister of Health George Smitherman, who was also Member of Provincial Parliament for the riding where SHC is located, to increase access to LGBTQ-specific healthcare across Ontario. While government officials had a hard time understanding that LGBTQ health extended beyond HIV work, Smitherman soon agreed to accept a proposal to develop a new model of provincial LGBTQ health services. Within 18 months, Anna and other activists put together a proposal that gathered over 40 letters of support from community leaders and specialists, and in 2007 RHO began its operations with her as Director.

The mandate of RHO was to develop capacity in healthcare professionals providing different kinds of social services. As such, they do province-wide training and education, and run an informative website containing helpful resources. They have also supported and authored important academic work, such as the Trans PULSE Project which helped them go deeper into trans-related healthcare. Anna mentions that a big improvement in this sector as a result of the work of RHO was giving doctors the confidence and knowledge to prescribe HRT rather than having to refer patients to central clinics like CAMH. Through their work, more local health centres started taking an active role in trans healthcare, as RHO wanted to emphasize that this should be the responsibility of primary local care and not specialty clinics. Soon, cities all over Ontario started to take on the RHO initiatives and increase access to trans healthcare.

Anna raises the importance of the Gender Journeys support group at SHC as a positive factor in broadening her knowledge about the experiences of transgender people with gender. This group, ran at SHC, met for 10-12 weeks and allowed members of the transgender community to come together and chat amongst each other about their journeys and experiences through gender and transition. Such an effort helped deemphasize the narrative of a linear transition with a clear goal, and instead highlight the importance of allowing transgender people to have access to healthcare that suits their individual and specific needs. At SHC, they wanted to emphasize the role of local health providers in helping people along their gender journeys and embed these practices and understandings into their current work as opposed to relying on CAMH. Anna mentions that this approach was particularly helpful to non-binary and genderqueer individuals, as well as others who did not desire a binary or legible transition. Before access to trans healthcare was broadened beyond CAMH, people who managed to get through the system were those with knowledge, resources, and education, to the detriment of those who were the most marginalized. Thus, SHC through RHO were committed to expand access to these populations who were once barred from accessing most kinds of trans-specific healthcare. Specifically, Anna mentions how they managed to get beds at SHC so patients who were experiencing homelessness and needed rest after a gender-related surgery could stay there for up to 3 weeks.

While Anna doesn't believe she was directly involved with the re-listing efforts, she nonetheless highlighted her role in helping the Ministry of Health change its regulations on the need to go to CAMH to get approval for surgery. After the re-listing happened, the province was under higher demand to provide transgender-specific healthcare, and this could not all be funnelled through CAMH. The model put forth by RHO was the easiest for the government to adopt, as it did not involve the need to select or build a number of trans-specific sites, but instead relies on who is qualified, regardless of they are were. This model was not only logistically-simple, it also emphasized the need to have access to trans healthcare in every community as opposed to in a select number of centres. This model also helped empower many kinds of health specialists, such as social workers, nurses, and psychotherapists into taking trans healthcare into their own practices

The work put forth by Anna helped end the tight grip that CAMH held around transgender identities, transitions, and gender journeys for many years in Ontario. As she describes them, CAMH's policies were once "the most restrictive in the world at one point", and now thanks to the hard work of activists the situation has vastly improved.